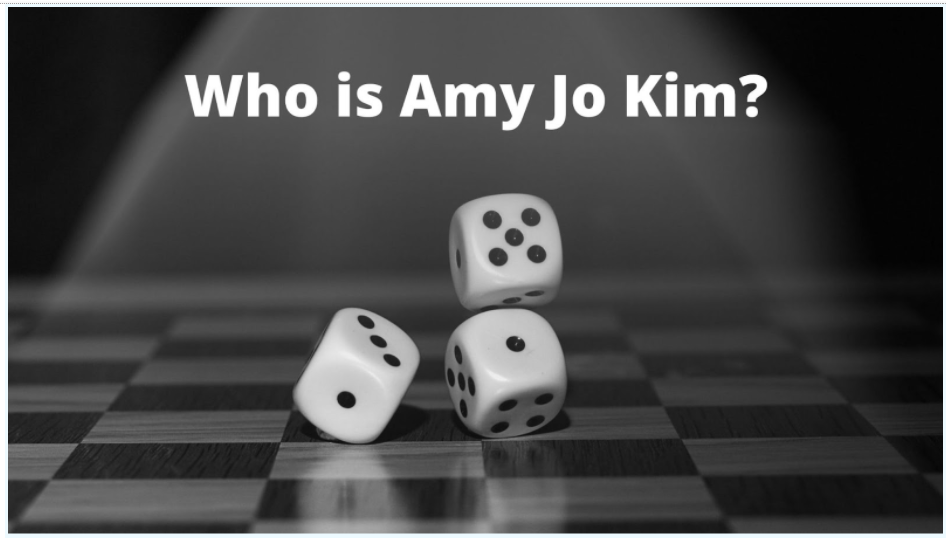 Amy Jo Kim is a game designer and game thinking consultant who has been working for a number of years with game designers, game makers, and organizations to help them realize their game design potential.

She is also the co-founder of the Agency for Play, an advocacy organization to expand the positive impact of games in society and improve access to game design education. Amy Jo has consulted with organizations as small as a few people and as large as the US military and has worked with game developers in the fields of

Amy Jo Kim is a game designer and academic, who has spent the past decade studying and designing games. She teaches game design at DigiPen Institute of Technology and New York University and is a co-founder of the Game Playwright Institute, a non-profit focused on training game designers.

She has worked with companies like Google, IDEO, and Nokia, and has consulted for studios like Gamelab and Niantic. She is a frequent speaker at game conferences and game design meetups and is the author of the book Game Thinking, which explores game design from the perspective of a designer.

Amy Jo Kim is a passionate game creator and designer. She’s the founder and CEO of game studio and design studio, Playdom.com, and is building Playdom’s first game, Playdom Forge.

She’s also the author of Game Thinking: A Playdom Design Manifesto. Amy Jo is committed to building the next generation of video game creators and the Playdom design philosophy is an extension of that mission.