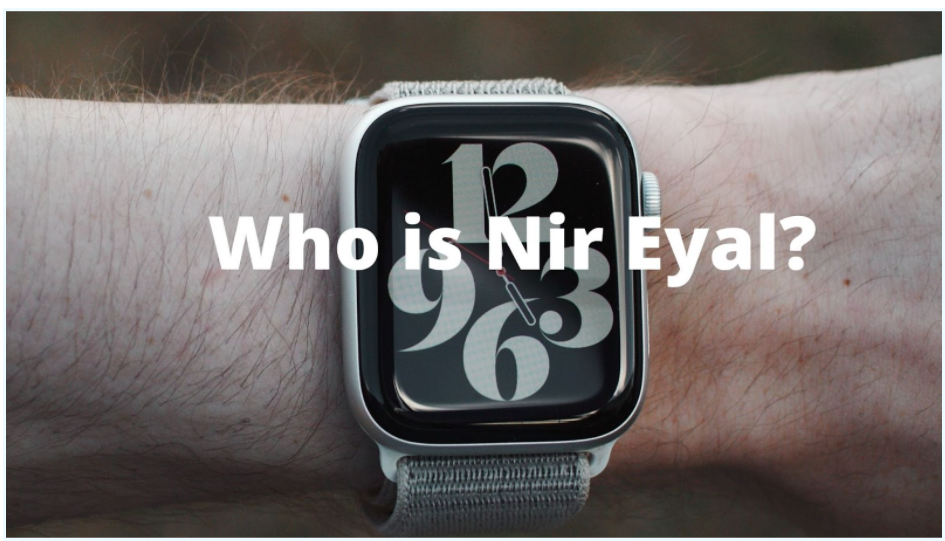 Nir Eyal is an international best-selling author and award-winning speaker who has helped millions of people form good habits. He is the founder of and the host of the HabitStarter Podcast, as well as the co-founder of Quantified Self San Francisco.

Nir has been featured in The New York Times, The Wall Street Journal, Forbes, Time, Inc., Fast Company, Business Insider, and more. He has spoken at Google, Facebook, Twitter, and Apple, and has been a guest on NPR, ABC, and FOX.

Nir Eyal is a founding partner at Superbetter, where he focuses on design, growth, and research. He’s also the bestselling author of Hooked: How to Create Habit-Forming Products.  His writing and speaking have been featured by The New York Times, Business Insider, The Wall Street Journal, and many others.

He’s a frequent guest on podcasts, including The Tim Ferriss Show, and he’s been featured in The Wall Street Journal, The Boston Globe, The New York Times, and The Washington Post.

Nir Eyal is an international best-selling author and lecturer on habit formation. He is the founder of two companies, Hint, which makes habit-building tools, and Async, which makes technology to help people achieve goals. His latest book, The Habit Loop: 5 Steps to Form New Habits, is being translated into 15 languages and has already been optioned as a TV series. His writing has been featured in The New York Times, The Wall Street Journal, and The Washington Post, and he has been a guest on The Today Show, NPR, and Fox and Friends.