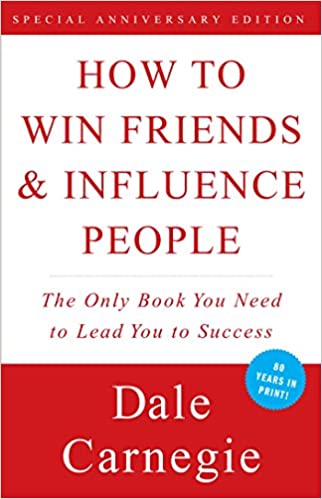 ‘How to Win Friends and Influence People’ is Dale Carnegie’s ageless handbook for anybody looking to better their relationships and their overall success.

Above all, Carnegie reminds us that interacting with other people is a skill (not a natural gift) that we can better by being honest about our failures and purposeful in our attempts to overcome those problems. Dale Carnegie, the leadership expert, outlines the fundamentals of human intellect and human talents in his book How to Win Friends and Influence People.

If you want to go forward and accomplish better with what you have, you must first grasp a number of ideas. And Carnegie assists you in figuring things out! In a nutshell?A must-read, value-packed business and self-development book.