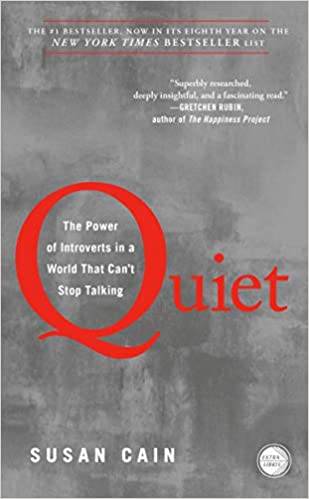 Susan Cain argues in “Quiet” that we underestimate introverts and reveals how much we lose as a result. It follows the emergence of the extroverted ideal throughout the 20th century, exploring how deeply it has permeated our culture.

She also exposes us to successful introverts, such as a humorous, high-octane public speaker who recharges in isolation after his speeches and a record-breaking salesman who quietly harnesses the power of questions. Quiet has the capacity to forever transform how we view introverts and, more importantly, how they see themselves. It is strongly argued, wonderfully investigated, and full of unforgettable real-life anecdotes.