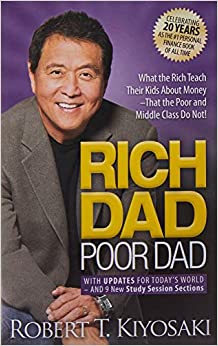 “Rich Dad Poor Dad” presents the narrative of a youngster who has two fathers, one rich and one poor, to help you develop the attitude and financial skills necessary to establish a life of prosperity and independence. As a youngster, your perspectives and beliefs are often influenced by your parents.

And in this book, Robert describes how his ideas on money were molded by his two fathers, one of whom was his biological father and the other was his best friend’s father. The world revolves around money, but how do you cope with it? To discover out, read this book.