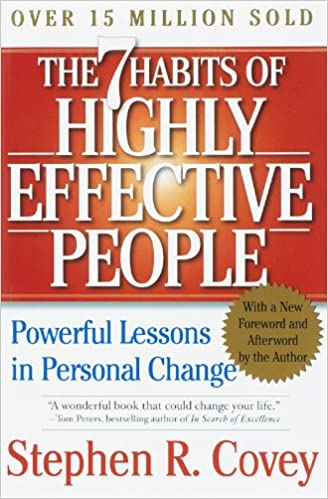 Covey’s seven habits are comprised of core character traits that drive happiness and success. The Seven Habits of Highly Effective People advocates a principles-based approach to personal and interpersonal success. It aims to change your inner core, character, and objectives rather than your external manifestations of behavior and attitudes.

The seven behaviors indicated in this book will help you go from reliance to independence, and then to interdependence. While society and the bulk of self-help books on the market emphasize independence as the ultimate goal, Covey believes that interconnection generates the best results.