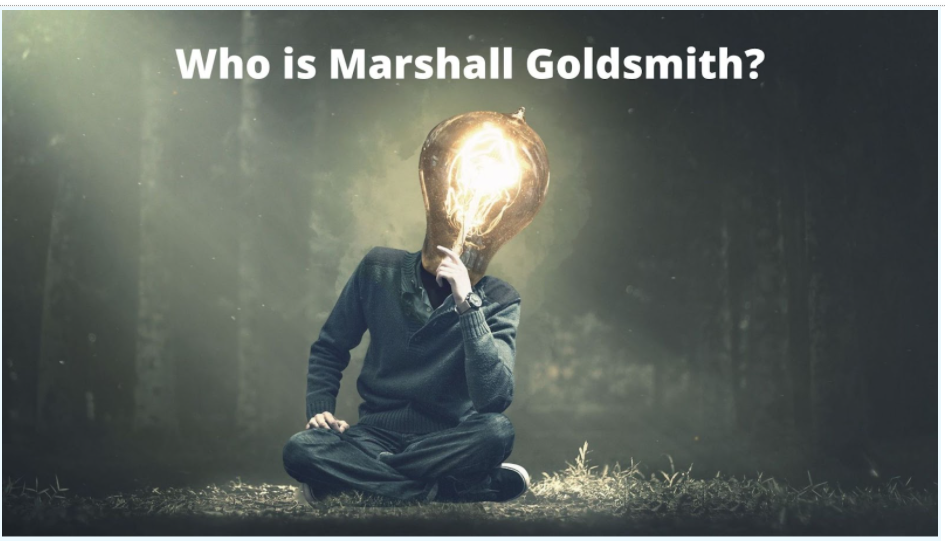 Since 2011, Dr. Marshall Goldsmith has been named one of the Top Ten Business Thinkers in the World and the highest-rated executive coach at the Thinkers50 ceremony in London. Triggers, his 2015 book, is a Wall Street Journal and New York Times #1 Best Seller! He’s also the author of What Got You Here Won’t Get You There, a New York Times best-seller and #1 Wall Street Journal business book that won the Harold Longman Award for Best Business Book of the Year.

Marshall, who holds a Ph.D. from UCLA, is a pioneer in the use of 360-degree feedback as a tool for leadership development. His early efforts in providing feedback and then following up with executives to measure behavioral changes were forerunners to what became the field of executive coaching. Marshall Goldsmith is the leading expert on leadership and coaching for behavioral change, with nearly 40 years of hands-on experience.

Marshall Goldsmith is the only two-time winner of the Thinkers 50 Award for the World’s Leading Leadership Thinker. For the past eight years, he has been ranked as the World’s #1 Executive Coach and a Top Ten Business Thinker. Dr. Goldsmith is the author or editor of 36 books, including three New York Times best-sellers, which have sold over 2.5 million copies and been named a bestseller in 12 countries. His books, What Got You Here Won’t Get You There and Triggers, have been named two of the Top 100 Leadership & Success Books Ever Written by Amazon.com.