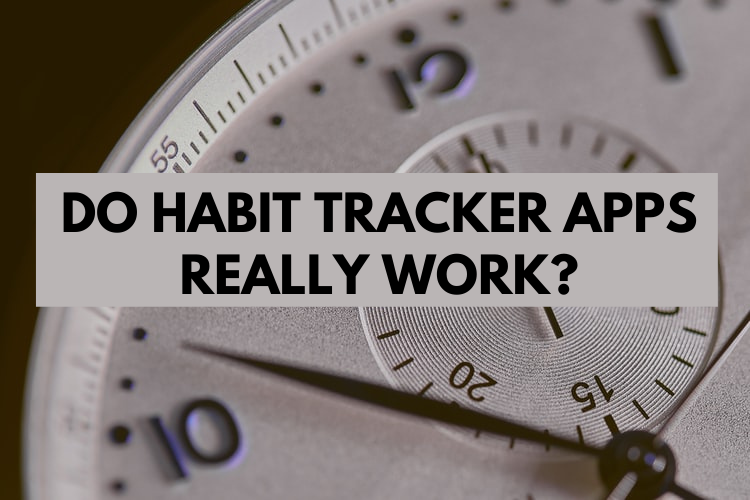 Habit tracker apps are extremely useful when you are trying to build a new habit or break out of an old one.

Sure, you can track other aspects of the habit in terms of how much progress you have made. But tracking your consistency is also valuable. No matter where you are in your journey of incorporating the new habit into your daily routine, an occasional pat on the back for sticking to your goals is important.

This is where a habit tracker comes in.

Mark the days where you stuck to your new habit, and soon, you’ll get addicted to seeing the streak going on. There’s something magical about having an unbroken streak. It can make you feel accomplished and motivated to keep working.

One of the best habit tracker apps on the app store is the Coach.Me app. If you are wondering whether or not this app is useful, here are some amazing reviews of the Coach.Me app:

“Wish I would have met my coach Will years ago! I am literally 3 times more effective and productive than I used to be.” ~ Dan

“Before my coach Josh, the idea of bounding out of bed early in the morning was a dream and something I had tried and failed at for years. Josh broke it down into very simple steps. I am now sleeping better, getting up early consistently and the biggest breakthrough is getting up is now easy.” ~Jess

“Without being able to press that ‘Send Message’ button to my coach every day, I am certain I would not have come as far with my writing. With that momentum, I managed to write 500 words nearly every day, started a blog, and am still going. It’s been only 3 months, and I feel like a new person.” ~ Alina

“I got a promotion literally two weeks after hiring my business coach. Now I have a much bigger say over product and strategy. I feel like a leader and people treat me accordingly!” ~ Graham

“Dorothy has been so inspirational to me and gives me the reasoning and a solution to any problem I have had on the diet. With her coaching, I lost 20 pounds and now have the habits in place to lose the next 20 on my own. I might keep her around, however, just for the support and occasional kick in the butt.” ~ Estela

“I get more done before my family wakes up than I used to in an entire day. After countless attempts to do this on my own, hiring George as a coach was the lever I needed to shift my productivity fast forward. I’ve been successful because George helped me create a morning routine that works specifically for me.” ~ Jim