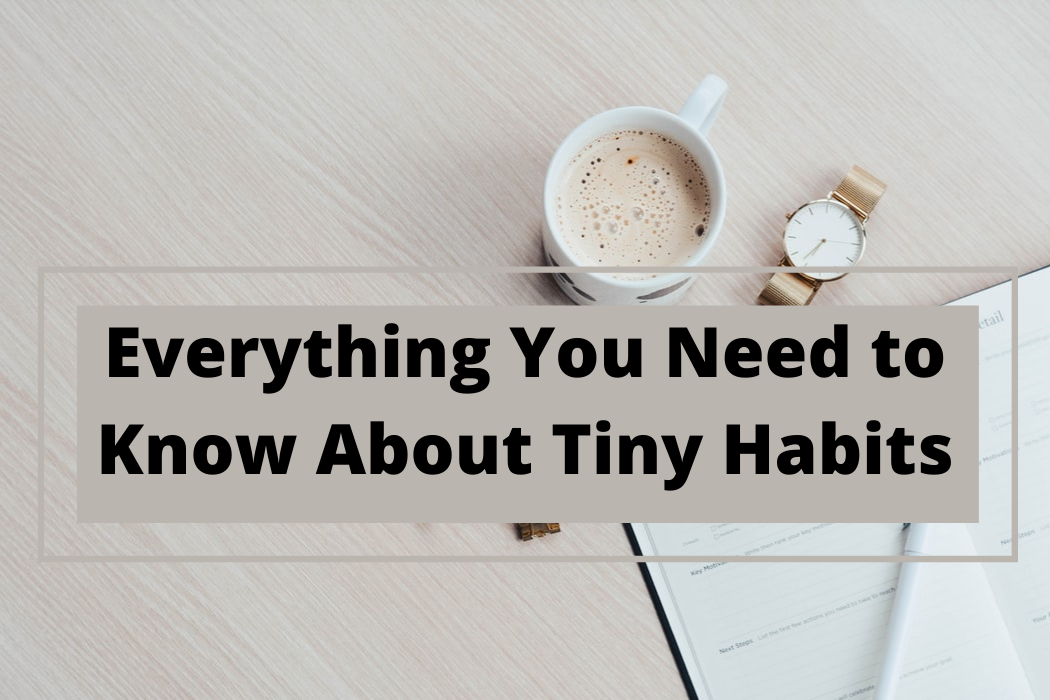 What are tiny habits as proposed by BJ Fogg, why they are so powerful, and how they can transform your life.

The first mention of “Tiny Habits” was by Dr. BJ Fogg, a behavior scientist credited for founding the Behavior Design Lab at Stanford University.

He is the New York Times bestselling author of Tiny Habits. He is also the creator of the Fogg Behavior Model that has helped thousands of people design for behavior change.

This post is all about tiny habits, why they are so transformative, and how you can build or break habits by applying them.

Part one: What are tiny habits

Tiny habits are what the name suggests: take things in tiny measures and work on small goals as opposed to larger ones that so often fail. When you break down a new habit to its smallest element, you feel less resistance to do it, and it becomes easier to incorporate that into your routine.

This post discusses a hundred examples of tiny habits you can use to either build or break a new habit in your life.

Why do we need tiny habits?

We all been in situations when we know we want to build a new habit, but are unable to stick to our resolution, no matter how determined we are. The same is true for breaking an old habit. Why is this so? According to Fogg, the reasons are threefold:

According to Fogg, if you want to make space for a new habit in your life, it’s important to figure out what behavior any new should come after. Fogg calls this the Anchor.

For example, if you’re trying to build a habit of daily exercise, you can start with the tiny habit of doing two push ups every day. But how do you remember the tiny habit? You tie it to an anchor: After I brush my teeth, I’m going to do two push-ups.

To tie your anchor even more firmly to your tiny habit, Fogg suggests three steps:

Building a new habit often comes with a lot of brutal self-recrimination. We try, we fail, and we get stuck in the loop of guilt and motivation, ultimately unable to welcome any major change in our lives.

That’s where the tiny habits come in. Because they are intimately tied to an anchor and take up so little effort (doing two push-ups is easier than doing an hour-long workout, right?), it’s easy to make time for them in our routine.

The important aspect here is celebration. To be really successful while building the new habit, you need to celebrate every time you managed to complete it on time. The small rewards and celebrations will keep you motivated and help you stay on track.

“When you celebrate, you create a positive feeling inside yourself on-demand,” Fogg writes. “This good feeling wires the new habit into your brain.” When we feel good, our brain releases dopamine, we remember what behavior led to feeling good, and we’re more likely to do it again.”